A word often stressed in order to ensure the well-being of a given individual. A word often recognized as a goal for individuals to attain in their attempts to protect those they care for from hazardous situations.

“That was a big part of my focus,” said Anne McLindon, coach and Special Olympics Open Water Technical Delegate. “In bringing a racer, I wanted to make sure we knew what the water quality was and what we were putting people in.”

Edwards believes that the only way athletes can quiet the anxieties of those worried about athletes participating in open water swimming is through training. He thinks that pools give swimmers and spectators a sense of control because athletes are more easily spotted there than when they are in the open water.

One athlete in particular, Rose Pleskow, has come face to face with other people’s fears for her. She has epilepsy and there are some who are worried about her having a seizure while swimming. Edwards said Pleskow embodies what it is needed for athletes to take the sport further.

“Everyone was afraid she would have a seizure but she refused to take “no” for an answer—to stop swimming.”

She began competing in open water swimming after a coach informed her of a clinic in the Cayman Islands after her 100m freestyle event.

“She asked do you want to go to a clinic and swim a 100m in the open water,” Pleskow said, recalling the moment. “I said ‘Are you kidding me?’ So, I trained for two weeks. I was anxious about open water but after I did an 800m, I realized that I loved the sport.”

For another athlete who has also put in the hours to compete in open water, Sharkfest meant facing the unknown of swimming in Washington D.C.

- “I never raced here before so there was a lot of mystery behind Sharkfest. And having been able to swim in a lot of great races, to have Sharkfest as my first race in D.C. was a lot of fun,” said Cara Cannila, a Special Olympics athlete.

Open water swimming is not as big of a competition in the Washington metropolitan area but Edwards said that the inaugural Sharkfest swim will encourage participation in open water swimming. 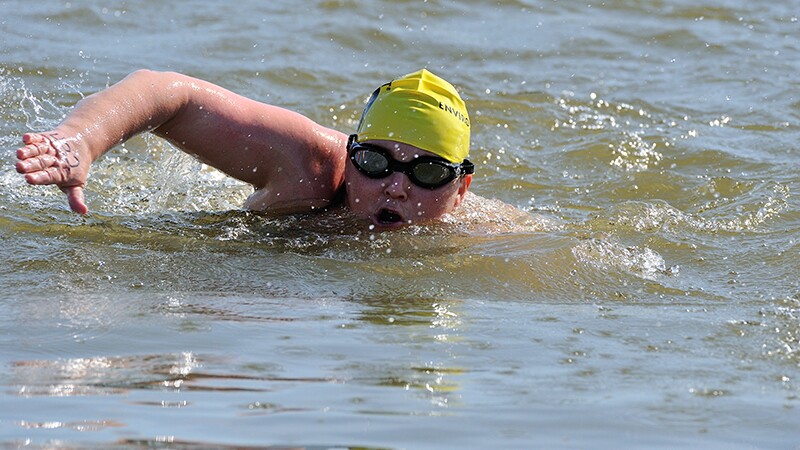 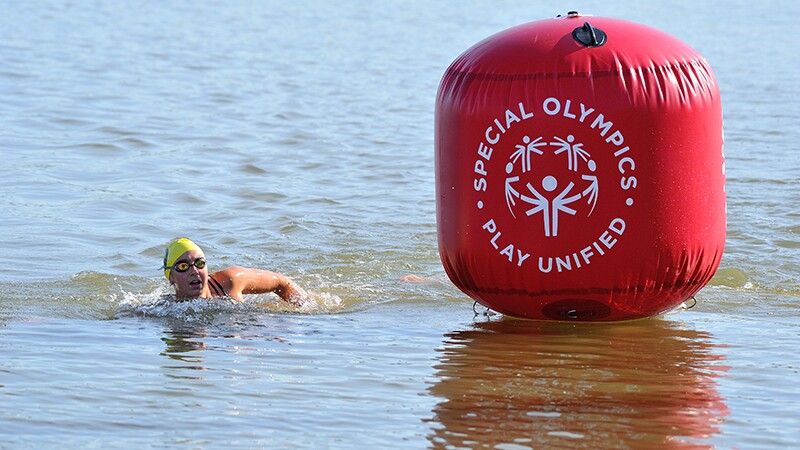 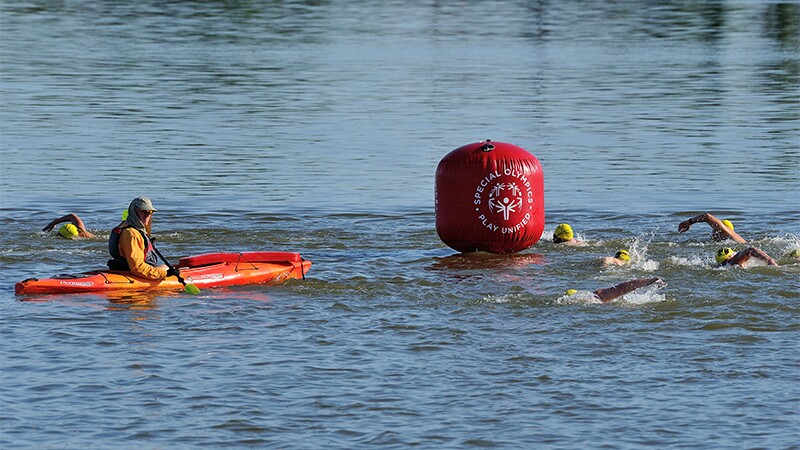 Potomac Riverkeepers patrol the river with their lifeboats to ensure the safety of athletes in the open water.
Photo by Terry Mitchell 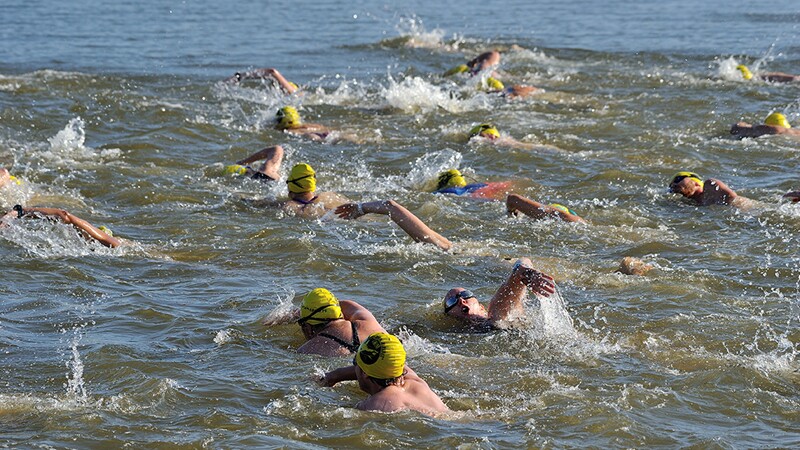 Special Olympics athletes and Sharkfest open water swimming competitors lunge out ahead at the start of the race.
Photo by Terry Mitchell 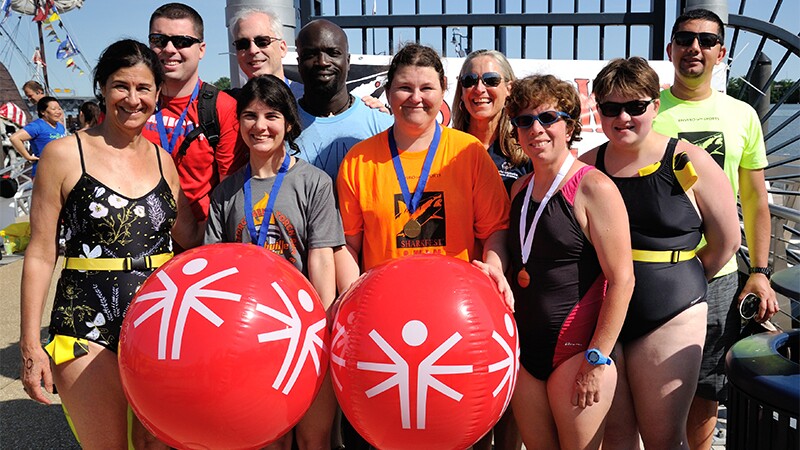 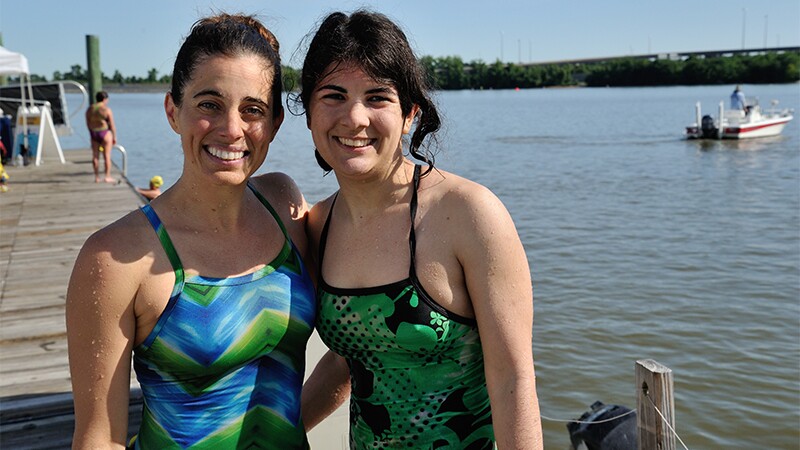 Special Olympics Virginia open water swimming athlete poses with her unified partner, whom she swam with.
Photo by Terry Mitchell 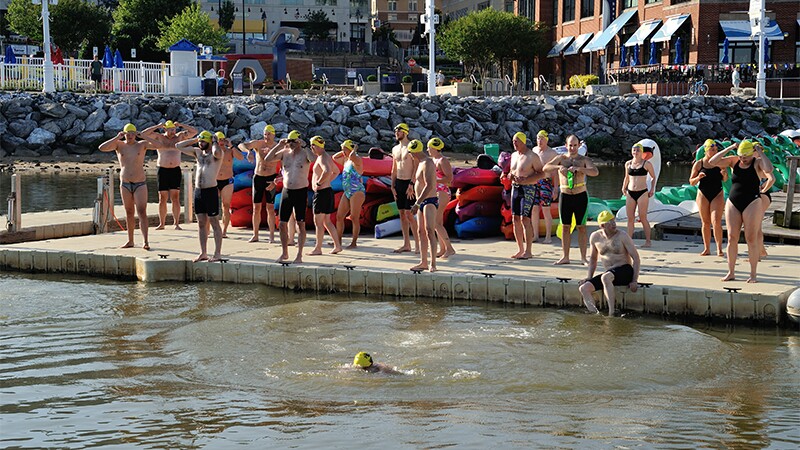 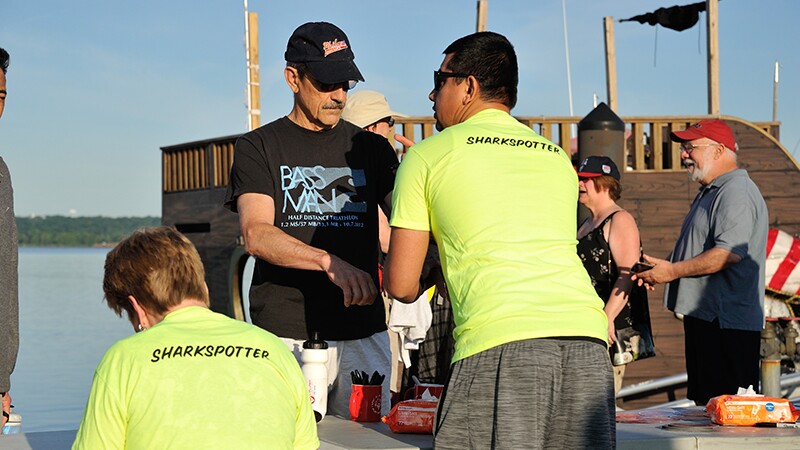 Athletes, sponsors and volunteers arrive early in preparation for the Sharkfest Swim.
Photo by Terry Mitchell 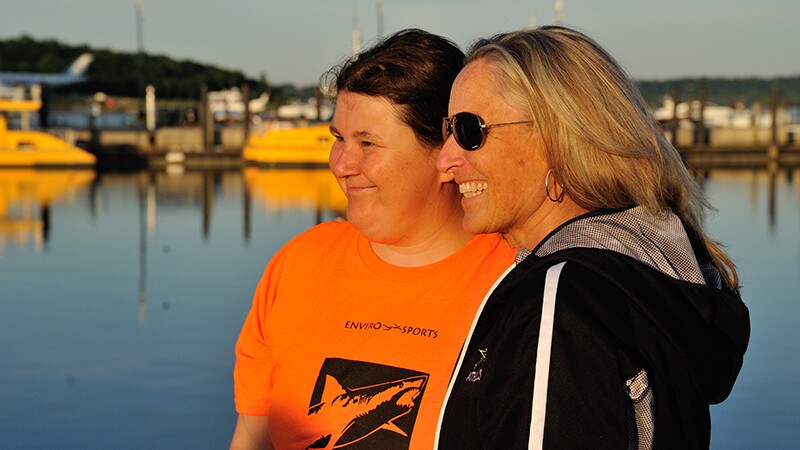 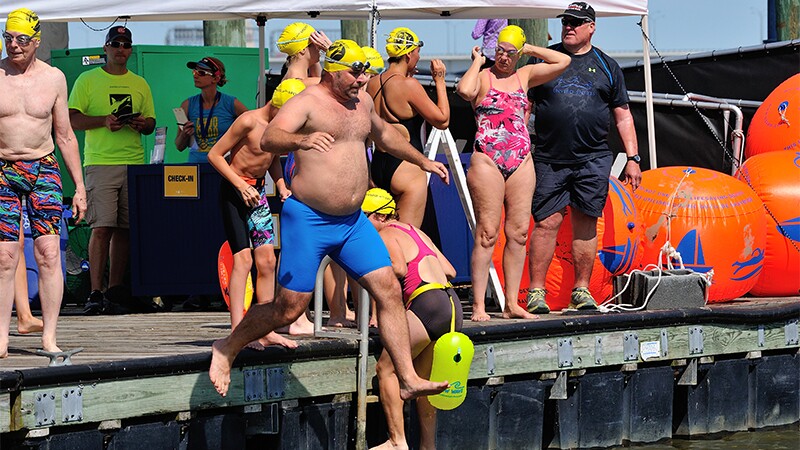 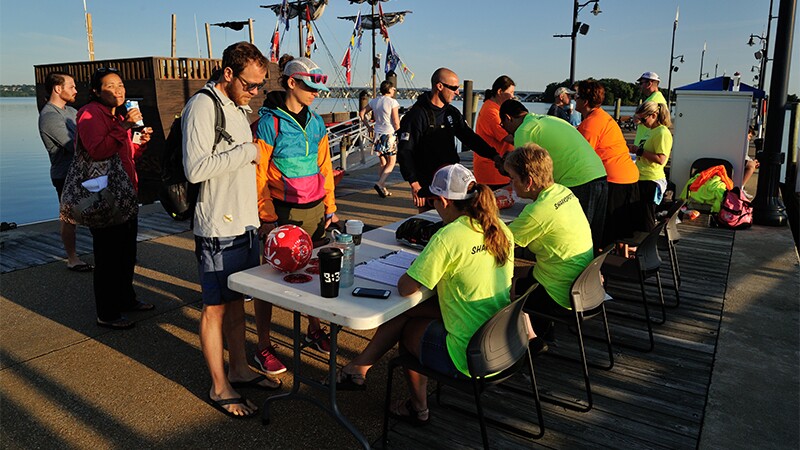 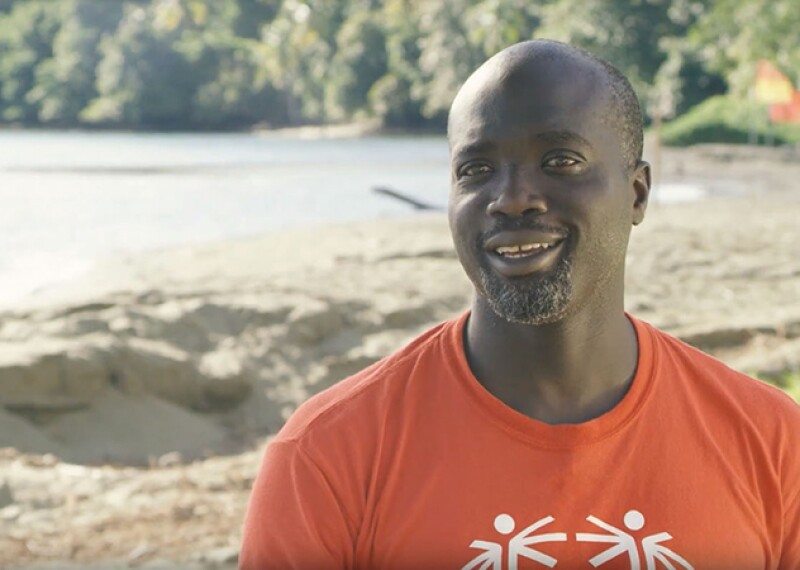 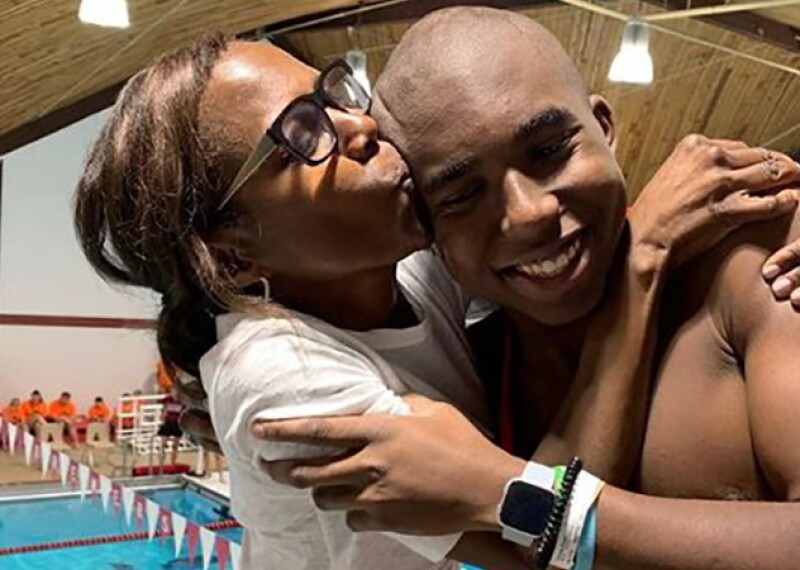 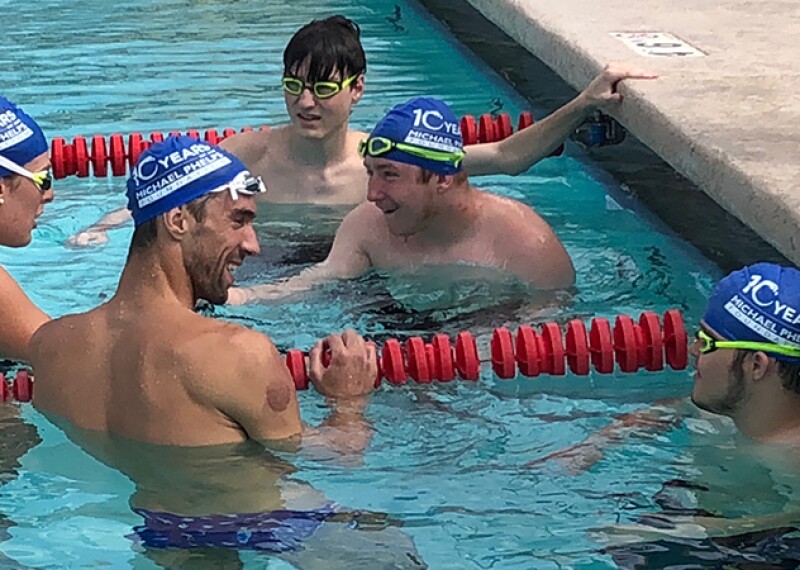