Special Olympics North Dakota head coach David Schultheis has been around the world with Special Olympics. He’s quick to share how unique traveling to Ireland was in 2003, for the first World Games outside of the United States, and how star-studded it was. Of course, being in the presence of Muhammad Ali and Nelson Mandela are once-in-a-lifetime memories. But even with the worldwide experience, Schultheis says his favorite memory actually happened a little closer to home: at a swim meet in North Carolina.

A swimmer was mistakenly put into the wrong heat. Excited about finishing the race and thinking he had won the bronze medal, Schultheis had to break the bad news to the athlete that the highest he could place was fourth.

In a kind gesture, the meet organizer offered to give the athlete a bronze medal, but the proud coach was blown away by the athlete's decision. Even though he could have taken the award and treated it as a victory, he didn't. He set an example of taking the high road.

"If the award board says I got fourth, I'll take fourth," the athlete said. Impressed by the moment in time, Schultheis says, "that speaks volumes about the character of that athlete and knowing he learned to be a great competitor and a good sportsman."

It wasn't an unfamiliar position, however. That's precisely what Schultheis tries to teach all of his athletes. So, for him, it was just lovely to see it put into action on the biggest stage.

Often in sports, coaches solely focus on winning and now and again, you'll find a coach that gets it. They understand the importance of community. The essential importance of inclusion. And that at the end of the day, life goes beyond just a game.

"Special Olympics athletes deserve the best coaching available, which should be the same as that provided to any other sports teams or athletes," Kathleen Meagher, former president and CEO of Special Olympics North Dakota, says about Schultheis’s coaching. "Dave provides the same drills and practice regiments that allow our athletes to develop their fundamental growth in their sport."

Having coached Special Olympics for 26 years and being a member of the Grand Forks Public Middle School coaching staff, Schultheis knows how to balance his coaching to fit each athlete accordingly. “As coaches, we have to try and tailor our coaching to the audience, we have to coach to their means,” he says. He coaches football, volleyball, basketball, track, and previously coached soccer and fast pitch softball.

"It's very humbling," he says about being in the Hall of Fame, also mentioning, "I know there's a lot of great members of the Hall of Fame that have come before me, and I guess it means that I've made a difference in the lives of our athletes."

"Coach Dave has been my soccer and volleyball coach since I started with Special Olympics North Dakota Grand Forks," Baumann says. "During that time, Dave has touched a lot of lives both on and off the field of competition."

“Dave has been not only a coach for me, but I consider him a friend as well,” Baumann continues. “I will get to go to his house to watch the Pittsburgh Steelers, our favorite team, and he and his wife share snacks with me during the game.”

He knows that impact doesn't go unnoticed, and it stretches far beyond the athletes. He also knows it works both ways, including Unified partners (people without intellectual disabilities (ID) that play on same team as athletes with ID). So, with enthusiasm in his voice, he says, "Oh my gosh, you guys are looked at as leaders and your work is not unrecognized," when holding a conversation with a Unified partner.

Above all, he wants all of his athletes and Unified partners to grow up and be fine individuals who contribute to the community.

"Trying to teach them not only about the athletic side of things, but about general life and making right choices. Doing what's right when nobody's watching as well, I always like to tell them that," is what Schultheis says about how the athletes away from the competition will adapt into the community.

Throughout the years, he has had a positive influence on those he crosses paths with, so much so that many former volunteers and Unified partners come back for visits and to be involved with State Games.

"Here, just in Grand Forks, we have some of our Division I collegiate athletes that come and play as Unified partners with our athletes," Schultheis says. "There's a couple of them that are actually pro hockey players, and they still find time to come to the Summer Games and hang out with our athletes."

In Schultheis’s mind once one person gets involved, it's like "a snowball effect," and everyone wants in on the action. And for as long as he coaches, that snowball will continue to grow, bringing more and more dedicated individuals to Special Olympics. 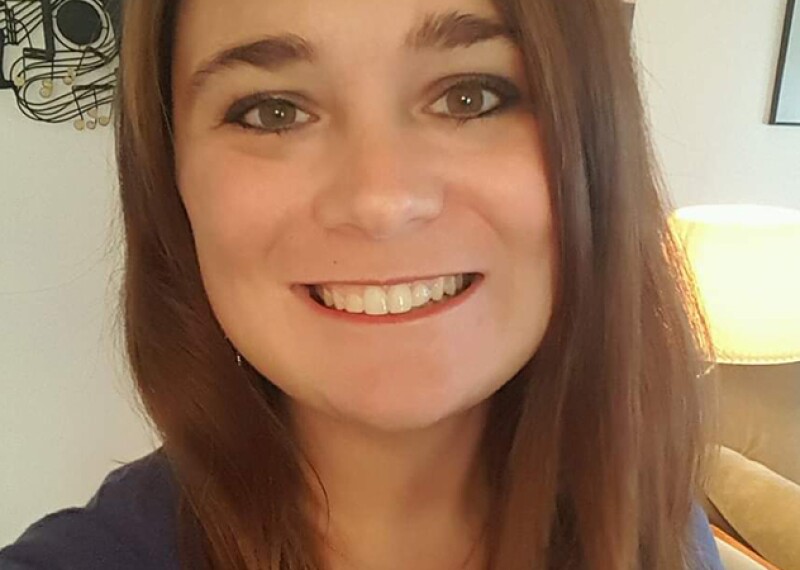 Community Impact
Special Olympics Coach Amber Radford Gets Creative During Pandemic to Keep Athletes Active
Amber Radford, a Special Olympics North Carolina coach, shares how the impact she has on all the athletes affects her. She details her start with the movement.
5 Min Read 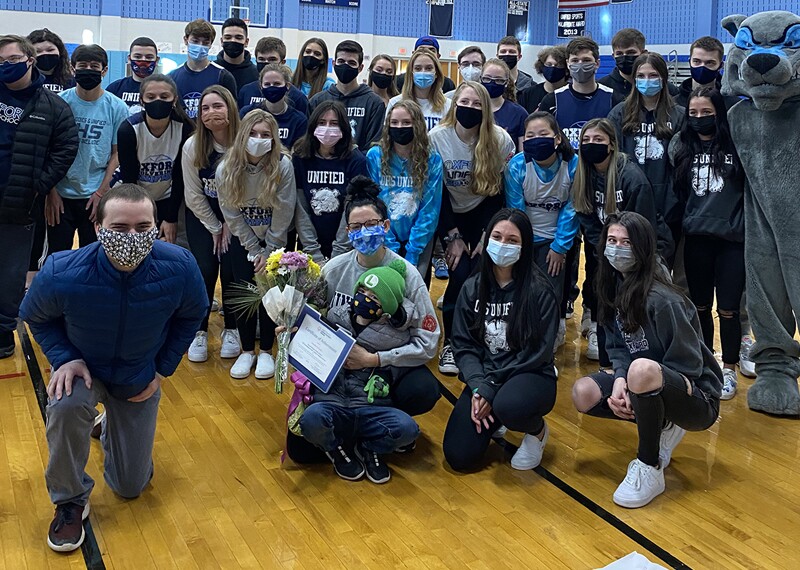