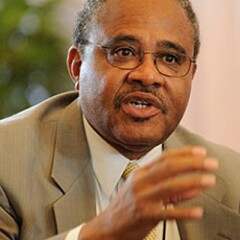 Prior to joining Special Olympics in 2001, he worked as a national consultant to educational and nonprofit organizations, specializing in planning programs geared toward disenfranchised and socially alienated students. In 1992, Dow was named the CEO of the National Academy Foundation (NAF), and from 1983 to 1992, he served as the CEO of the New Haven Public Schools in Connecticut.