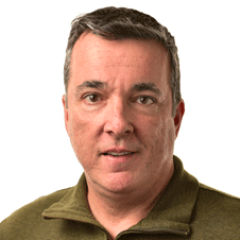 Chief of Sport and Competition

Louis Lauria is part of the team that leads the global development of sport, manages the Special Olympics World Games, and serves as a resource hub of strategic support for additional competitions. He has over 24 years of international sport and major event experience from multiple industry perspectives, including roles within the International Paralympic Committee (IPC) and International Olympic Committee (IOC).

Lauria started his career with the Olympic and Paralympic Games Organizing Committees of Atlanta 1996, Sydney 2000, and Salt Lake 2002 in a range of roles in Sport and Venue Operations. He then went on to work for the IPC in Games Planning, before moving to the IOC where he worked on the Television and Marketing Services team managing global partnerships such as Lenovo, General Electric, and Schenker. Lauria was then named Vice President, Bid Consulting at Helios Partners, a boutique global consulting firm where he worked on a range of projects, including the successful Russia 2018 World Cup and PyeongChang 2018 Olympic Winter Games; multiple Olympic sponsorship projects like Dow, Deloitte, and Lloyds TSB; and international federation projects for FISU, FIAS, and others.

Lauria serves on the USA Weightlifting Board of Directors and the Emerson College Alumni Board. He previously served on the Georgia Coalition Against Domestic Violence Board of Directors. He is a recovering runner who has completed several marathons, including Chicago and New York City, before realizing there are easier ways to see a city in the rain.