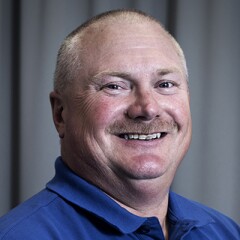 A Special Olympics athlete for 27 years, Ken has served a variety of committees throughout his Athlete Leadership career. A graduate of Indiana’s ALPs University, he now teaches the Leadership Capstone class in Indiana. He has chaired his county Input Council and serves on the Indiana ALPs Management Team. Ken is a past member of the SO Indiana Board of Directors. Beyond his work for Indiana, he served on the Global Athlete Task Force at the 2010 Global Congress in Morocco, made a presentation at the Special Olympics North America Conference in 2013, was a member of U.S. Vice President Biden’s delegation to the 2011 World Summer Games in Athens, and presented the colors during the Opening Ceremony of the 2015 Special Olympics World Games in Los Angeles.

Ken is a certified coach and accomplished Global Messenger, having keynoted the 2012 International Law Enforcement Torch Run Conference and the 2009 Special Olympics Arizona Breakfast of Champions. Ken’s experience, skills, and knowledge have enabled him to become a mentor and role model for many athlete leaders and volunteers around the world. Beyond Special Olympics, Ken enjoys spending time with his friends and family and vacationing with his wonderful wife.