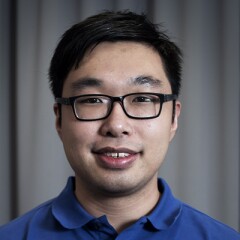 Wilson Man is honored to serve as the East Asia Representative on the Global Athlete Input Council, where he speaks on behalf of other Special Olympics athletes and works to change the perceptions of people with intellectual disabilities. He also works alongside mentors to lead Hong Kong’s athlete leaders in the local athlete input council to build an inclusive community. Outside of Special Olympics, he is a steward in Grand Hyatt, Hong Kong.