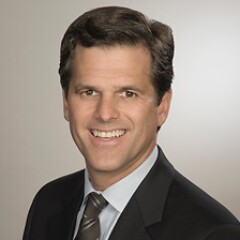 Chairman of the Board

Timothy Shriver leads the Special Olympics International Board of Directors, and together with 6 million Special Olympics athletes in more than 200 countries, promotes health, education, and a more unified world through the joy of sport.

Shriver joined Special Olympics in 1996. He has been a leading educator who focuses on the social and emotional factors in learning. He co-founded and currently chairs the Collaborative for Academic, Social, and Emotional Learning (CASEL), the leading school reform organization in the field of social and emotional learning. He is a member of the Council on Foreign Relations, Co-Chairman of the National Commission on Social and Emotional Learning, President of the Joseph P. Kennedy Jr. Foundation, Member of the Board of Directors for the WPP Group, LLC, and a co-founder of Lovin’ Scoopful Ice Cream Company.

Shriver earned his undergraduate degree from Yale University, a Master's Degree from Catholic University, and holds a Doctorate in Education from the University of Connecticut. He has produced four films, authored The New York Times bestselling book Fully Alive – Discovering What Matters Most, and has written for dozens of newspapers and magazines. Shriver and his wife, Linda Potter, reside in the Washington, D.C. area and have five adult children.