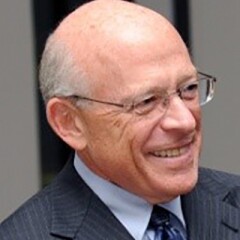 Shelley was appointed AASA’s Lead Superintendent for Social-Emotional Learning after serving 28 years as a superintendent in four districts—Hudson, MA; Jefferson County (Louisville), KY; Eugene, OR; and Andover, MA. In each of the district in which he served as superintendent, he implemented systemic SEL programs. Dr. Berman has also provided state and national leadership in multiple organizations that champion the inclusion of and support for individuals with special needs, including chairing the Massachusetts Association of School Superintendents Special Education Task Force and the Board of Directors of CAST and served on the Special Olympics’ Massachusetts Educational Leadership Network. He has authored numerous articles on inclusive practices and on social-emotional learning topics and is the author of two books on social responsibility—Children’s Social Consciousness and Promising Practices in Teaching Social Responsibility. He was a member of the Council of Distinguished Educators of the National Commission on Social, Emotional and Academic Development and served as the primary author of the Commission’s report on social, emotional and academic development practice. He has been a contributor to the monthly Ethical Educator column in the School Administrator since January, 2012.

Dr. Berman served as the President of the Massachusetts Association of School Superintendents and has been a policy leader in three states in the areas of education reform policy, social-emotional learning, civic education, special education, universal design for learning, and education funding. He received the 2003 Massachusetts Superintendent of the Year Award, the 2006 Recognition Award from the Massachusetts Administrators for Special Education, the 2011 Sanford McDonnell Award for Lifetime Achievement in Character Education, recognition in 2011 by the American Association of School Administrators as one of ten courageous superintendents for providing leadership for school desegregation, the Mary Utne O’Brien Award for Excellence in Expanding the Evidence-Based Practice of Social Emotional Learning from the Collaborative for Academic Social and Emotional Learning (CASEL) for lifetime achievement in implementing social-emotional learning in 2020, among numerous other recognitions.

Prior to his service as superintendent, he was one of the founders and President of Educators for Social Responsibility. Prior to that, he taught high school social studies in Bangor, Maine, and Brookline, Massachusetts. Dr. Berman holds a bachelor's degree in political science from the University of Wisconsin in Madison, a master’s in education in guidance and counseling from the University of Maine in Orono, and both a master’s and doctorate in education from Harvard University.