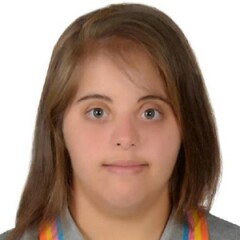 Chaica is a 22-year-old Emirati graduate of Sharjah English School who also studied art at the International School of Arts and Sciences in Dubai. She is fully focused on her martial arts, having attained a black belt from Shotokan Japanese Sports Center. She trains and competes in nine different martial arts with her main interests being Brazilian Jiu Jitsu and Judo. Chaica recently earned a bronze medal at the Arab Karate championship in Cairo—her first outside the United Arab Emirates.

During the 2019 Special Olympics World Games in Abu Dhabi, Chaica joined four other female athletes and shared her personal testament of the power of inclusion during a panel discussion as part of the Mohamed Bin Zayed Majlis lecture series, created by H.H Sheikh Mohamed bin Zayed, Crown Prince of Abu Dhabi. Additionally, she refereed Judo, the first ever athlete with an intellectual disability, to serve in this role. Lastly, Chaica participated as a Torch Runner during the Law Enforcement Torch Run at the World Games.