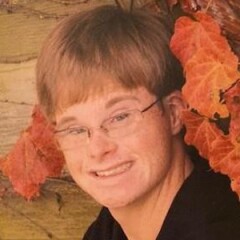 Jared Niemeyer is an active Special Olympic athlete and has been for 18 years, in a variety of sports. Very engaged in school, community and church, he pursues responsible citizenship in every endeavor.

Jared has served as athlete representative to the Missouri Special Olympics Board of Directors since 2015. He has had the opportunity to participate in National Special Olympics Games in 2010 and 2014.

Some of Jared’s remarkable experiences include being a Special Olympics National Youth Activation Committee member from 2009-2012 and being honored as the Special Olympics Missouri North Area Athlete of the Year in 2011 and 2013. He was also the Missouri Department of Mental Health and Missouri Mental Health Foundation Mental Health Champion Nominee in 2015 and 2017. He was also a Special Olympics International representative and panelist at the UN Conference of States Parties to the Convention on the Rights of Persons with Disabilities in 2014. His family was named the Law Enforcement Torch Run Outstanding Volunteer Family in 2018.

Jared has been an employee of Hy-Vee, a supermarket company in the midwest United States since graduating from high school in 2011. Jared is an advocate of inclusion in education, employment, community and life! His enthusiasm for promoting and developing community is contagious as he advocates to promote inclusion for all citizens.