“When you have on a good pair of athletic shoes, you walk in confidence.” That is according to Kester Edwards, who has learned this by experience. Growing up in Trinidad and Tobago, he often had to put cardboard in his shoes to cover up the holes, if he had shoes at all.

Kester, a manager of Sport & Health at Special Olympics International, says, “During a past World Games, when I saw some teams from Africa that had teammates sharing the same shoes, I thought ‘I have to change this.’ It is about more than comfort. It is about health.” Kester goes on to explain that when athletes share shoes, they can spread foot fungus. When they wear the wrong size shoe, they can damage their feet and other body parts.

To help combat these issues and to turn 7,000 shoes from a dream into a reality, Kester teamed up with Olympic long-jump record holder and Special Olympics Global Ambassador Bob Beamon and Pierce Footwear. Bob, who traveled as a Special Olympics supporter to such places as the that Cayman Islands and St. Kitts and Nevis, made his record setting jump 50 years ago, the same year that the first Special Olympics games were held.

The 2019 World Games shoes feature Pierce Footwear’s lace-less design developed to save time, for ease and for performance. The founder, George Piece, made this video about the company bringing 2,000 shoes to the 2017 Winter Games in Austria.

Kester, Bob and George also teamed up this summer to donate over 300 pairs of shoes to Special Olympics athletes in Chicago during the Special Olympics 50th anniversary celebration in July 2018. 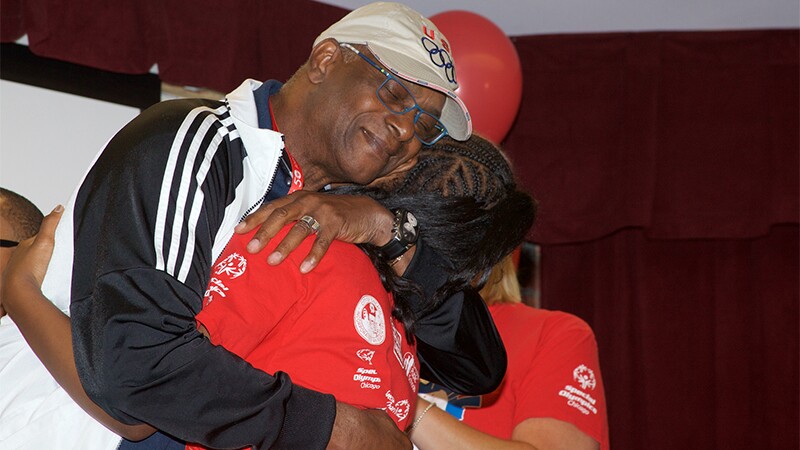 Bob Beamon hugs a student who received a pair of donated shoes.
Photo by Photo by Sam D. Tang 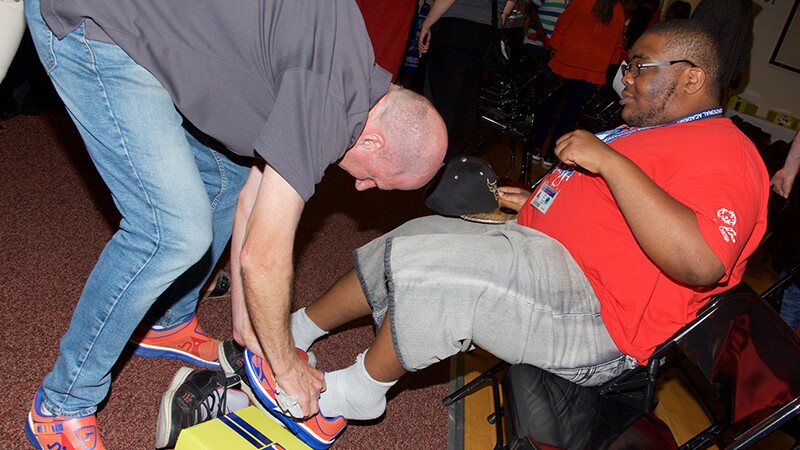 George Pierce of Pierce Footwear fitting a student with a pair of athletic shoes.
Photo by Photo by Sam D. Tang 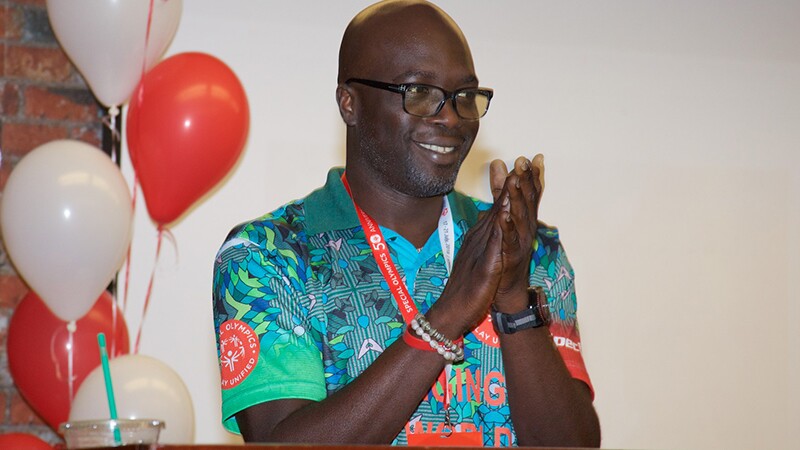 Kester Edward speaks at the Southside Occupational Academy High School in Chicago where over 300 pairs of shoes were donated to Special Olympics athletes.
Photo by Photo by Sam D. Tang 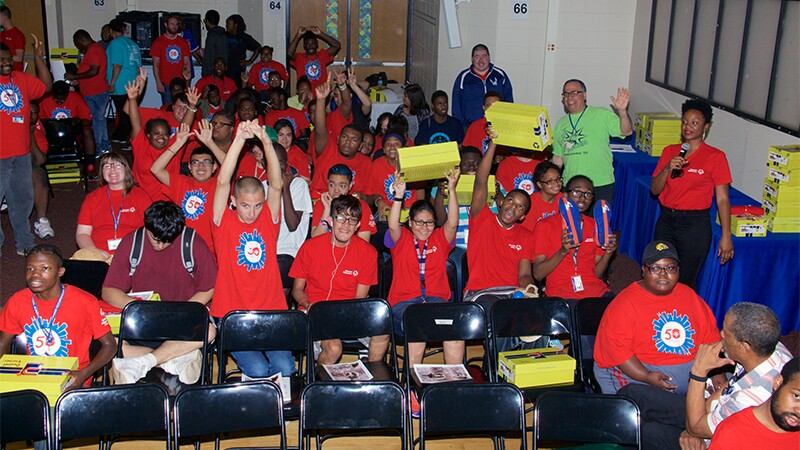