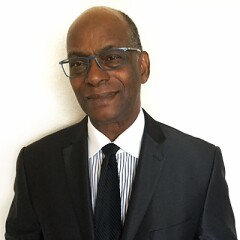 No name is as synonymous with the Olympic long jump as that of Bob Beamon. Nearly a half-century after his gold medal performance at the 1968 Mexico City Games, reporters still attach the label “Beamonesque” to one of the greatest exploits in all sports.

However, the story of Bob Beamon did not start at the Olympics. Born in South Jamaica, Queens, New York, Beamon was surrounded by a world of drugs and violence, Beamon became engulfed by the culture of the time. By the age of fourteen he was rarely at school and involved in gang life, eventually becoming a gang leader. With the help of positive goals developed through sports, Beamon turned his life around. Athletics was the catalyst that fueled this transition. Bob was a New York state record holder and Junior Olympian. He won the 1965 National High School Triple Jump and High Jump awards. In 1967, he won the Indoor AAU Long Jump Championship as well as the Silver Medal at the Pan American Games Outdoor Long Jump Championships. Beamon made the shift from hanging out on the corner to attending college. After beginning his NCAA career at North Carolina, A&T, he transferred to the emerging track powerhouse program at the University of Texas El-Paso. While competing at UTEP, Beamon proved to be a man of unparalleled principle. As a college student at the time of the civil rights movement, Beamon and fellow African-Americans boycotted a track meet held by a university with insensitive racial practices. His decision had major repercussions, costing him his scholarship and coach mere months before the Olympic Trials.

The year of the 1968 Olympics, Bob had 22 wins in 23 events, which landed him a spot in the Olympics. Nothing less than gold was expected of Beamon in Mexico City and his jump was nothing short of miraculous. Just 22 years old, he landed a jump of 29 ft. 2 inches, destroying the existing world record by 1.8 feet. His Olympic record still stands today, nearly a half-century later. He is also in the National Track & Field Hall of Fame, U.S. Olympic Hall of Fame, New York Track & Field Hall of Fame as well as ESPN’s top 100 athletes among many other sports accolades.

His story also did not end at the Olympics. Following his uncharted success, he went back to school to complete his degree, graduating from Adelphi University in 1972 with a degree in Sociology. Now, Beamon takes lessons from his own life to positively affect American youth. As the Associate Commissioner of Parks in Miami-Dade County, Bob Beamon along with actor Arnold Schwarzenegger organized the South Florida Inner-City Games for at-risk kids. He was Chairman of the Bob Beamon United Way Golf Classic, which benefited youth-related programs for the United Way. In addition, he has gone on to pursue new dreams. He operates his own corporation, Bob Beamon Communications Inc., in Central Florida as well as Las Vegas NV where he now lives with his wife Rhonda A. Beamon. He collaborates with several organizations to facilitate scholarship fairs in the Central Florida area. More than 35 colleges and Universities award over $10 million in scholarships to qualified high school seniors. He is also an exhibited artist, designing and marketing a successful line of neckties and scarves. He has a line of apparel that can be purchased online at the IOC website. Bob spends much of his time as an inspirational speaker and corporate spokesperson. He has developed his own motivational program, The Champion in You, in which he describes how, Champions are made by the things you accomplish and by the way you use your abilities in everyday life situations. Beamon is also on the Jessie Owens Foundation Board of Directors and is an Ambassador for Special Olympics. Bob remains very active in the Olympic movement.