Special Olympics athletes, organization leaders, Unified Sports partners, family members, and supporters from across the United States will engage virtually on February 9 and 10 for Special Olympics’ annual “Capitol Hill Day.” This year Capitol Hill Day includes over 400 delegates representing 47 states and the District of Columbia. Additionally, supporters are rallying virtually to contact their Members of Congress through a VoterVoice campaign to ask for continued support of Special Olympics.

What is Capitol Hill Day?
Our annual effort to raise awareness & secure U.S. government funding for our urgent work in education and health.

Special Olympics athletes will lead more than 250 virtual meetings with Members of Congress in both the House and Senate, inviting their elected officials to partner with them to support inclusive education and health initiatives for people with intellectual disabilities (ID). Special Olympics Unified Champion Schools® programming is in nearly 7,500 schools across the United States, with a goal of being in over 10,000 schools by 2024. Special Olympics is also working towards ending health care disparities for Americans with ID. Under the current federal funding agreement that started in 2016, Special Olympics has reached more than 207,000 Special Olympics U.S. athletes with inclusive health programming, with a goal of reaching at least 500,000 by 2025. Typically, Special Olympics U.S. Programs travel to Washington, D.C. each February to meet with their state’s Members of Congress in person. However, due to COVID-19, all meetings will be held virtually for Capitol Hill Day 2022.

What happens?
400+ advocates from 47 states and the District of Columbia will hold 250+ meetings with their Members of Congress.

Special Olympics athletes, serving as self-advocates, will educate lawmakers and their staff about the stigma faced by people with ID, and how high-impact and cost-effective Special Olympics programming in sports, health, and education can reduce discrimination. The advocates will also request continued support from legislators for evidence-based programming that benefits all Americans, regardless of ability.

“For more than 50 years, Special Olympics athletes and youth leaders have defied expectations, broken barriers and shattered stereotypes of people with intellectual disabilities. Their continued work to build truly inclusive communities is only possible with critical funding from the U.S. government, which is complemented by private support,” said Mary Davis, CEO of Special Olympics. Davis added, “The U.S. government has long been a champion of Special Olympics and together, we must continue working towards ensuring Americans with intellectual disabilities have the same rights, access to services, and opportunities as all other Americans.”

The 400 delegates will be joined by a number of Special Olympics Global and Champion Ambassadors as well as celebrity supporters including Emma Broyles, Gracie Hunt, Maureen McCormick, John C. McGinley, and Dale Moss.

“I’m excited to be a part of Special Olympics Capitol Hill Day again this year,” said Dale Moss, Special Olympics Global Ambassador. “I’ve seen and experienced for myself just how important it is for people with intellectual disabilities to be included in healthcare, education, and their communities. The effects of the pandemic over the past two years have made this need even more urgent. I am proud to join Special Olympics athletes and delegations in advocating for Federal funding to support the critical work they are doing to make our country a more inclusive place for us all.”

In nearly 7,500 Unified Champion Schools across the country, Special Olympics has trained and mobilized youth leaders and educators to create more inclusive schools by including students with ID in all aspects of school life. Social inclusion is promoted by bringing together young people with and without ID in sports and fitness activities (Special Olympics Unified Sports®), through whole-school engagement opportunities, and by fostering inclusive youth leadership. As many as 3.6 million young people are taking part in these experiences in 49 states, D.C., and Puerto Rico, which are increasing acceptance of people of all abilities while simultaneously reducing stigma and bullying.

How can you support?
Ask your Members of Congress to support Special Olympics. 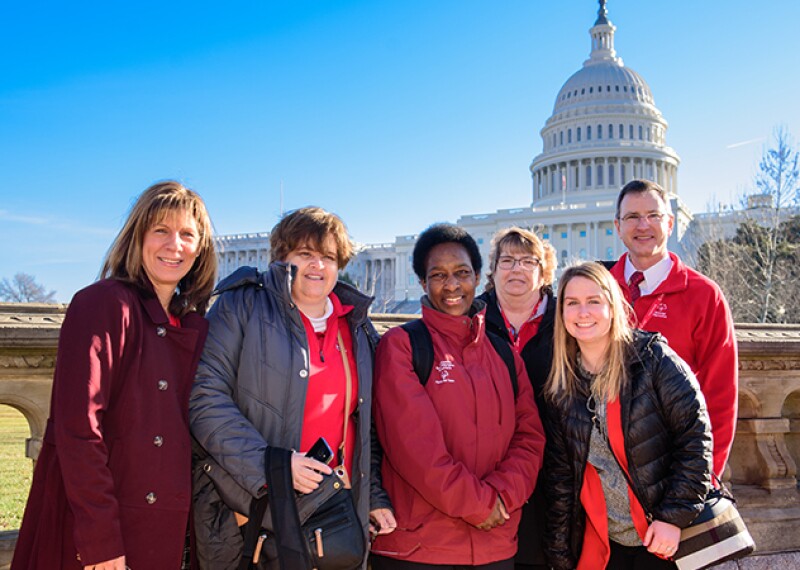 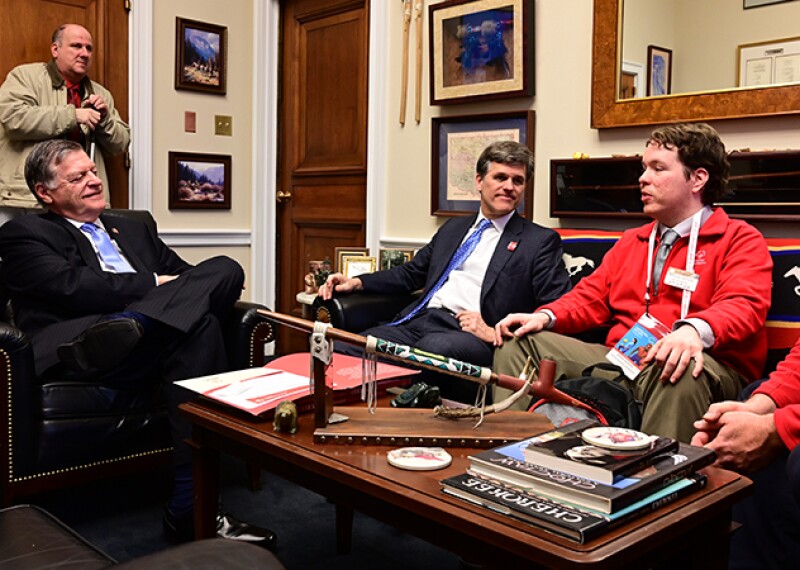 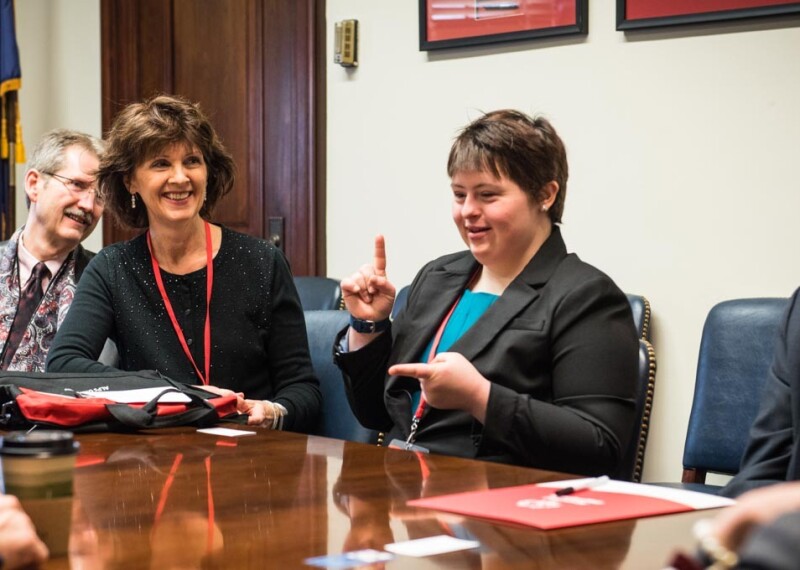 Press Releases
Special Olympics Delegates Advocated for Funding on Capitol Hill
Athletes from across the nation held more than 250 face-to-face meetings with Members of Congress in both the House and Senate.
4 Min Read