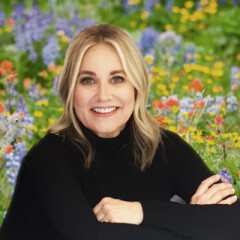 An accomplished actor, singer, and New York Times best-selling author, Maureen McCormick is a natural-born entertainer. She has appeared in numerous television and film projects over the years. After winning the “Baby Miss San Fernando” contest, an agent approached Maureen’s parents and her career began. Maureen was featured in popular TV commercials and sitcoms such as “Bewitched,” “My Three Sons,” and “Camp Runamuck.” However, she is most notably recognized for her role as Marcia Brady from The Brady Bunch. From acting in “Grease” on Broadway to many feature films and TV guest spots, including CBS Movie of the Week “Get to the Heart: The Barbara Mandrell Story,” and the movie “The Idol Maker,” Maureen has appeared in hundreds of TV shows and movies throughout the years. In 2016, she appeared on “Dancing with The Stars.” Recently, she worked on HGTV’s highest-rated premiere in the network’s history, a “A Very Brady Renovation.” Fall of 2020 will be an exciting journey for Maureen as she introduces her new fabric line for Moda, “A Blooming Bunch,” and co-hosts HGTV’s new home renovation design series, “Frozen in Time.”

While Maureen always has been passionate about her career in entertainment, what is most dear to her heart is advocating the importance of inclusivity on behalf of her brother Denny and the millions of people with intellectual disabilities (ID) worldwide. She credits her parents as her role models as they lovingly mainstreamed Denny through his high school years and throughout his life. They were lifelong champions for people with ID and her father even became a certified teacher for children with ID. Maureen continues to give freely of her time to support this mission of inclusion, and she is committed to making a significant impact in ending discrimination against people with ID.

Maureen is married to Michael Cummings, and together, they have a daughter, Natalie.