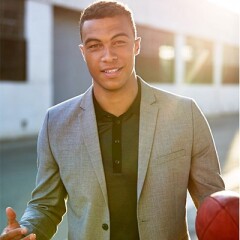 Mr. Moss grew up in the small Midwestern town of Brandon, South Dakota, and began his journey through athletics by attending South Dakota State University (SDSU) on a full ride basketball scholarship. After a successful college basketball career, he played just one year of SDSU football before being selected by the Green Bay Packers and finishing his NFL Career with the Chicago Bears. Since finishing his NFL Career and with a passion for the entertainment industry, Mr. Moss has become an accomplished model, actor, and host, and sought after media personality, which has allowed him the privilege of being featured in some of the industry’s top fashion, fitness, lifestyle and media outlets. Mr. Moss has advocated for youth development, inclusive initiatives and diversity to athletes, and has shared his story with students and political leaders around the world.