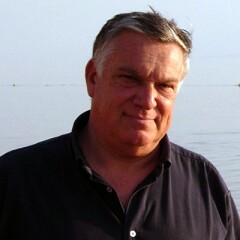 Dr. Saraceno is a longtime advocate for the right to health, supporting deinstitutionalization, establishment, and reform of health services for underserved populations, including people with ID. He has served as the head of the World Health Organization’s Department of Mental Health and Substance Abuse and is now Secretary General of the Lisbon Institute of Global Mental Health. Under his leadership, in 2007, the WHO published the first “Atlas: Global Resources for Persons with Intellectual Disabilities.”

Dr. Saraceno is renowned in the global health community for reforming health systems to make health more accessible, improving the quality of life for hundreds of millions of people around the world. He has published more than 200 articles in scientific journals, edited 15 books, and written 10 books.

An Italian psychiatrist, Dr. Saraceno is an experienced clinician. He helped establish a national network of community mental health systems in Italy and served as the director of a public residential facility for people with disabilities, including intellectual disabilities, in Milan. Dr. Saraceno has a research background, having served as director of the Laboratory of Social Psychiatry and Epidemiology at the Institute Mario Negri. He has also been influential at the highest levels of policy on mental health and non-communicable diseases at the World Health Organization, ultimately leading to mental health system reform in several countries. He is also an accomplished professor with appointments at the School of Medical Sciences at the Nova University of Lisbon and the Department of Mental Health at the University of Geneva.