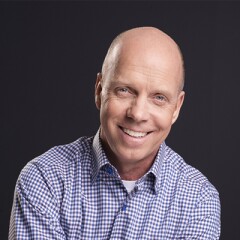 Scott Hamilton's personal background is one of the most inspiring in the history of sports; a remarkable story of courage and determination that make him a champion in the truest sense of the word.

Six weeks after his birth on August 28, 1958, Scott was adopted by Ernest and Dorothy Hamilton, both professors at Bowling Green University in Ohio. When Scott was about two, he contracted a mysterious illness that caused him to stop growing. For the next six years, doctors prescribed a variety of unsuccessful treatments. After his illness was mistakenly diagnosed as cystic fibrosis and he was given six months to live, the Hamilton's took their son to the Children's Hospital in Boston where his ailment began to correct itself by special diet and moderate exercise. Soon he felt well enough to watch his older sister Susan on an ice-skating outing and thereafter decided to try skating himself.

From the beginning, Scott skated with great confidence and uncommon speed. He began taking formal lessons, joined a hockey team and within a year, his illness disappeared and he began growing again, although he would always be considerably smaller than his peers. His miraculous recovery was attributed to the effects of intense physical activity in the cold atmosphere of the rink. At thirteen he began training with Pierre Brunet, an Olympic gold medal winner.

Over the next several years his continued dedication began to pay off. By 1980 he was good enough to capture third place in national competition and win a berth on the U.S. Olympic Team. In addition, he earned a solid fifth-place finish at the 1980 Olympic Winter Games in Lake Placid. Then in March of 1981, Scott's dazzling free-skating program at the World Championships enabled him to win the title, only the second American to do so since 1970. Later the same year, he took an individual gold medal at the first Skate America tournament and was voted Male Athlete of The Year by the United States Olympic Committee.

Scott held on to his national and world titles in 1982 and 1983. As the winner of sixteen consecutive championships after the 1980 Olympic Winter Games, he went on to win the gold medal at the 1984 Olympic Winter Games in Sarajevo. In 1984, Scott was also awarded a U.S. Olympic Spirit Award. A month later, he went on to score a stunning victory at the World Championships in Ottawa, Canada. Shortly thereafter, in April of 1984, Scott turned professional after being inundated with offers from the major ice shows.

1997 was not meant to be just another typical year in the life of Olympic Champion Scott Hamilton. What clearly would have been a routine twelve months filled with numerous professional world-class competitions, network television specials, and touring the country in STARS ON ICE, a production Hamilton conceived and co-founded eleven years ago, was interrupted when on March 18, Scott was diagnosed with testicular cancer. But, convinced that he could overcome the disease, Scott was back on the ice after twelve weeks of successful chemotherapy treatments, followed by an equally successful surgery, and just six weeks of recuperation.

In March of 1988, Scott Hamilton received perhaps the second most important award of his career from the International Skating Union. This institutional governing body of all world amateur competitions presented him their highest recognition of merit, the Jacques Favart Award. A most prestigious honor, it is only sporadically given and, at the time of its presentation to Scott, he became the award's first solo male recipient. In July of 1990, to add to a remarkable list of achievements which includes over 50 titles, awards and honors, Scott was inducted into the United States Olympic Hall of Fame. In that same year, he also became a privileged member of the World Figure Skating Hall of Fame.