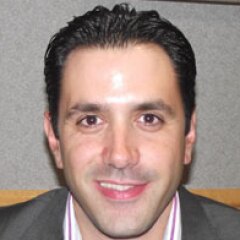 David Evangelista oversees program operations in 58 countries in Western Europe, Central and Eastern Europe and Central Asia providing strategic direction and engagement with the public and private sector to raise awareness and gain support. He also leads fundraising efforts for the region.

Evangelista has extensive global experience in the areas of government relations, industry engagement, international development, and global partnership building in support of marginalized populations. He was a founding member of the Sports Integrity Global Alliance (SIGA), and a current member of the Centre for Sports and Human Rights. Evangelista was a former member of the High Level Group on Sports Diplomacy for the European Commission, and is a member of the Advisory Board of Access Challenge. He is a Progressive Melvin Jones Fellow of the Lions Clubs International Foundation, and is Founding President of the Washington, D.C., Special Olympics Lions Club. Evangelista has served as a guest speaker for the United Nations, European Union, universities, and a number of civil society organizations on issues related to international development, disability, and government relations.