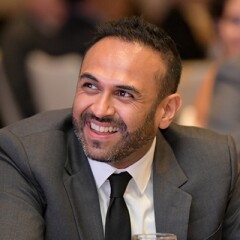 Dipak Natali oversees program operations in over 35 countries in Asia Pacific providing strategic direction and engagement with the public and private sector to raise awareness and gain support. He also leads fundraising efforts for the region.

Dipak has a broad history with NGOs having worked for the UK’s largest disability charity Scope, Prince Charles’s youth development organization, The Prince’s Trust, and the World Association of Girl Guides and Girl Scouts. He has also served in a variety of consulting roles and has volunteered with organizations both in the UK and across the world.

Born in Leicester in the United Kingdom, Dipak developed a passion for social justice at a young age after being inspired by Live Aid and his mother’s own efforts to raise money for the Ethiopian famine in the early 1980s. He is a massive sports fan as well as a music fan, citing Stevie Wonder, Bob Marley and Fela Kuti as inspirations.