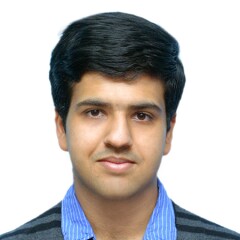 Before the age of eight, Haseeb was non-verbal and did not respond when called. His parents struggled to deal with what they thought was eccentric behavior. He often kept his toy cars at eye level on a table, turning the wheels repeatedly and becoming very distressed if the wheels ever got stuck.

In school he, he always wanted to sit alone and avoided eye contact with everyone. His teachers were supportive, but he struggled to communicate and often had meltdowns.

At the age of 12, he was clinically diagnosed with autism. It was then that his mother enrolled him in special education where he passed his secondary school examinations and eventually secured a scholarship.

Under the guidance of a Special Olympics coach in Pakistan, he was introduced to the world of sports. He also spoke publicly for the first time at a Special Olympics event, when the sports director handed him a microphone to introduce himself to his fellow athletes.

He has not looked back since.

In 2013, he was selected to compete in the Special Olympics Asia Pacific Regional Games held in Australia. Just before his trip, his father was diagnosed with cancer and had to have his vocal cords removed. Haseeb made a promise to his father to do his best for the Games and returned with two gold medals in cycling, which made his father very proud.

After his victory on the track, he picked up road cycling. When he first started, he could not even sustain half a kilometer on the bike. His goals are bigger now—he trains regularly with the help of professional coaches and can cover 30km within an hour. Haseeb says, “Cycling offers me a magical combination of independence, individual challenge, and social contact.”

Haseeb’s achievements have gone beyond the world of sports. At 17, he made it to the TEDx stage, where he earned a standing ovation after sharing his story with the world. He published a book chronicling the stories of people with intellectual disabilities and has been visiting schools across Pakistan to share these stories. He is also the host of a web channel show called “Taraay Zameen Par”, (which means Stars on Earth in Urdu) where he advocates for people with intellectual disabilities on how to create a more inclusive community.

Haseeb was denied several opportunities to work but this didn’t stop him from earning his own money to become more independent. Haseeb is now the CEO of his own juice shop called “Squeezy – The Juice Bar” where he wishes to create opportunities for people with intellectual disabilities so that they too may have a way to earn their own living.

Squeezy became a platform that opened mindsets of the community regarding people with intellectual disabilities. So much so, that a regular customer decided to find a job for Haseeb at their university. Haseeb now works as a Library Assistant at the Foundation University Rawalpindi. There he is furthering his mission among his peers, professors and even the students. Haseeb’s lifelong dream has finally come true!

Haseeb’s dream is to be able to do his part to foster a more inclusive society. He says, “If you meet any person with intellectual disabilities, don’t pity us, but be accepting and understanding. Like all individuals, we aspire to lead a life with respect and dignity and to be entitled to a broad range of life activities, including quality education, inclusive schooling systems, accessible spaces, and the right to employment. Help us become part of your world, so we can speak up and realize our dreams—so that we can thrive and not just survive.”