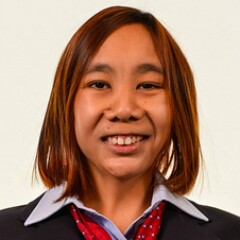 Selina enjoys watching movies, singing and surfing the internet. She works at Special Olympics Macau as a clerk. Her favorite celebrity is Joey Yung.