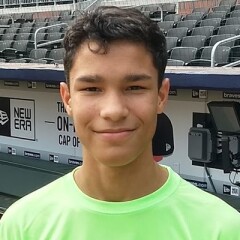 Steven Russell is a multisport star with Special Olympics Georgia. He competes with the Special K’s, a Special Olympics agency based in north Fulton. Steven excels in cycling, soccer, long distance running, and basketball. In one day this past year, he went from running in a 5k fundraiser for Special Olympics Georgia to playing in a soccer tournament at the Atlanta United training grounds. Steven was also part of the Special K’s Marathon by Midnight relay team, helping to raise $3000 to support Children’s Healthcare of Atlanta. Steven brings maximum effort to everything he does!