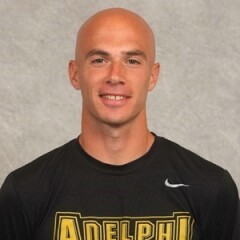 Chris Aloisi is a former professional soccer player who played for the LA Galaxy, San Jose Earthquakes, and the Houston Dynamo, where he became a 2006 MLS Cup Champion. In Mr. Aloisi’s college career, he was a four-year member of the Syracuse Orange Men’s soccer team, where he was a three-year captain and a two-time All-Big East Team member. Mr. Aloisi currently coaches multiple ECNL teams for East Meadow, a premier soccer team on Long Island. His players have gone on to play for D1 schools as well as USNYT’s.