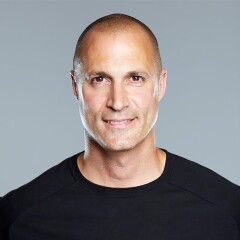 Nigel Barker is an internationally renowned photographer and entrepreneur who opened his New York studio in 1996. He served 17 seasons as a photographer and judge on the hit TV show America's Next Top Model, which airs in over 140 countries, and hosted Oxygen Network's modeling competition series, The Face, starring alongside Naomi Campbell. Barker's latest hit show Top Photographer premiered to rave reviews, and a second season is in the works. He is currently the CEO, and Founder of Studio NB Inc. Nigel currently lives in New York with his wife and renowned Yogi, Cristen, AKA @ChinTwins, and their two children, Jack and Jasmine.