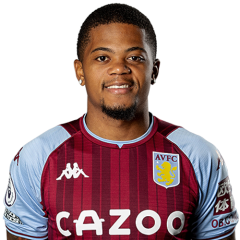 Leon Bailey is a Jamaican Professional Footballer that plies his trade for British Premier League Club Aston Villa FC. Leon was developed at the Phoenix All Stars Football Academy in Jamaica, owned by his father, Craig Butler. They travelled to Europe along with adopted brothers Kyle Butler and Kevaun Atkinson on a mission to change European football club’s perspective in believing they could produce good footballers.

They played for several clubs across Europe, all briefly to spread the word as ambassadors for their country in the sport.

All three ended up at KRC Genk, with Kyle and Kevaun playing at the U23 level and Leon going on to make the senior team. In his first year of professional football, he was honored as the best young player in the Belgian Jupiler Pro League. He would move on to Bayer Leverkusen where again, he was voted as best new player in the league and best goal in the Europa League. He was also voted in the Bundesliga top 11 players and the Europa cups team of the season. His success there led to an opportunity to join Aston Villa. Leon remembers his humble beginnings and continues to seek to empower and inspire those less fortunate and young people through his Leon Bailey Foundation and the Phoenix All Stars Football Academy. He is an ambassador for both Food for the Poor and Special Olympics Jamaica.