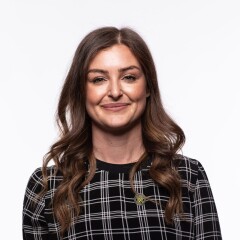 Jordan Angeli is a former professional footballer in the United States. Ms. Angeli played for teams across multiple women’s soccer leagues in the US: Boston Breakers (WPS), Washington Spirit, and Western New York Flash (NWSL). She was named Best IX in WPS in 2010 and led all rookies in goals that season. Ms. Angeli was a member of the 2006 U20 World Cup Women’s national team and the 2011 USWNT pool. Ms. Angeli now works in football as an analyst for the Columbus Crew in MLS, as well as calling NWSL games and international games for CONCACAF. She was involved with volunteer session with the Colorado Rapids Unified teams from the 2016-2019 seasons.