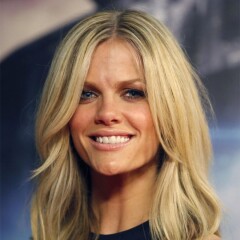 Brooklyn Decker Roddick is a former model and is a successful actress in many major films and popular TV shows, most notably the Netflix series Grace and Frankie. At 18, Brooklyn moved to New York City and quickly rose to stardom within the industry, gracing the pages of magazines including Glamour and Cosmopolitan and participating in advertising campaigns for Gap and American Eagle. Brooklyn’s big break came in 2010 when she appeared on the cover of the wildly popular Sports Illustrated Swimsuit Issue after appearing in the magazine in 2006, 2007, 2008, and 2009. She then went on to appear in romantic comedy “Just Go With It” opposite Adam Sandler and Jennifer Aniston, star in the sci-fi epic “Battleship”, and bring tears of laughter to watchers of “What to Expect When You’re Expecting.” Brooklyn has also made TV appearances on The New Girl and FX’s The League. When not acting, Brooklyn is a mother of two children who keep her busy, a wife, and avid sports fan, rooting for the University of North Carolina Tar Heels and the Carolina Panthers, her two favorite teams. Inspired by her love of sports and her family connection with an aunt with an intellectual disability, Brooklyn became active in the Special Olympics in her hometown of Charlotte.