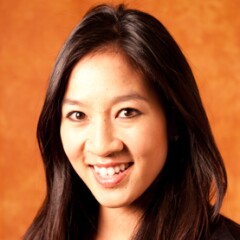 The most decorated figure skater in U.S. history, Michelle Kwan’s skating accomplishments have earned her a place among the all-time greats of the sport. For over a decade, Kwan dominated the sport like no other skater in history, winning an unprecedented 43 championships, including five World Championships, nine U.S. National Championships and two Olympic medals.

Kwan's activities off the ice have been equally noteworthy. In 2006, the U.S. Secretary of State appointed Kwan as the first U.S. Public Diplomacy Envoy. In 2010, President Obama appointed her to the President’s Council on Fitness, Sports and Nutrition, advising the President on ways to engage, empower, and educate all Americans to lead active, healthy lifestyles. In 2010, Ms. Kwan was elected to the Board of Directors of Special Olympics International.

Kwan has earned numerous awards and honors, including the 2003 U.S. Olympic Committee (USOC) SportsWoman of the Year and the 2001 Sullivan Award as America’s top amateur athlete. In 2000, Kwan was selected one of People Magazine’s “50 Most Beautiful People in the World.”

Kwan graduated from the University of Denver in November 2008 with a degree in International Studies. In May 2011, she received a master’s degree from the Fletcher School of Law and Diplomacy at Tufts University, majoring in International Relations.