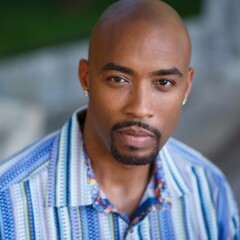 Montell Jordan entered the music scene from the streets of Los Angeles. His first release, This Is How We Do It, was a breakout new jack-swing song that topped the Hot 100 for seven weeks and R&B charts for eight. Jordan, tall and handsome with a silky-smooth voice, established himself as a powerful presence in music, brimming with talent, savvy, and charm. Over his nearly twenty-year career in music, Jordan has released seven studio albums, fourteen singles, and is a Grammy nominated artist selling more than 10 million records worldwide. He has written five (5) #1 records during his career that has spanned over 2 decades.

Following years of awards, accolades and industry achievements, Montell stepped away from the entertainment business in search of significance over success. “I had to learn who I was outside of music to determine that I make music and music doesn't make me.” In that time away, Montell was able to reevaluate his priorities and ultimately find his passion. This was found as he connected with his childhood faith. Speaking, teaching, mentoring, counseling and writing are some of the many ways Jordan is fulfilling his purpose in ministry today. Jordan now does music again as he has determined both what he is gifted to do and what he is purposed to do and allowed those worlds to meet.

Montell and his wife of 20+ years, Kristin, have founded Marriage Masterpeace Inc, a 501(c)3 non-profit organization that seeks to help marriages all around the world by helping men and women reconcile with God and then to each other in efforts to eradicate divorce by taking the option off the table. Jordan released his autobiography, “Becoming Unfamous” during the summer of 2016, and he and Kristin released a marriage book in October 2017 titled, “This Is How We Do It! Making Your Marriage A Masterpeace.”

Montell is excited to be a Champion Ambassador for the Special Olympics where the areas of faith, family and music may intersect to not only support children with special needs, but their families as well. Both SONA and St. Jude are charitable organizations supported by the Jordans. Jordan hopes to use his influence to bring global awareness that Special Olympics is not a once-a-year event, but an ongoing lifestyle the world may participate in.