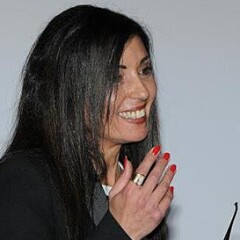 Dr. Rossides studied Adapted Physical Education and Special Education (double major) and Educational Psychology (MA, PhD) in the United States and is a member of the American Psychological Association.

At the beginning of her career she worked under the former president of Cyprus, recommending suggestions for an updated Special Education Law in Cyprus. She is the founder and director of New Hope Private Special School, in Nicosia and the Education Consultant for the American Academy schools in Limassol and Paphos-Cyprus.

In 1994, Dr. Rossides was elected as a board member of Special Olympics Cyprus and has served in various positions, among them as Committee President responsible for the volunteer and youth training, Committee President for Fund Raising, and Assistant National Director. For the past three years she has held the position of the Cyprus Special Olympics National Director.