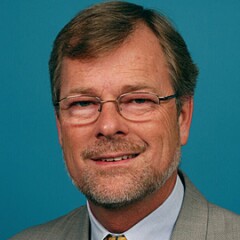 Mr. Kastberg served as Representative of UNICEF Sudan from September 2009 to January 2012, taking early retirement to engage in various goodwill causes, and work as international development consultant and lecturer. He serves as Board Member of the Foundation La Ventana de los Cielos, Homestead, FL, USA, and Läkarmissionen, Vällingby, Sweden, in addition to his Board Member function in Special Olympics International.

Prior to his assignment in Sudan, Mr. Kastberg served as UNICEF's Regional Director for the Latin America and Caribbean regions starting in 2003. Mr. Kastberg joined UNICEF in April 1998 as Director, Office of Emergency Programs in New York, where he directed and co-coordinated emergency programs ensuring complementarity of interventions with UNICEF's overall program policies, advised the Executive Director on emergency related policies and strategies, and assisted in mobilizing UNICEF's corporate response for complex emergencies.

During the period 1992 to 1995, Mr. Kastberg was Counselor with the Permanent Mission of Sweden in Geneva, Switzerland when he also led the Task Force on HIV/AIDS Coordination. For one year, in 1996, he served as Permanent Representative of Sweden to the UN Organizations in Rome. During the same year, he was Chair of the Western Group and Vice-President of the Executive Board of the World Food Program.

Mr. Kastberg was appointed as Head of Section for Central America with the Swedish International Development Authority in Stockholm, Sweden between 1988 and 1990. In this capacity, he covered and provided support to the International Conference on Central American Refugees. From 1990 to 1992, he served as Head of Section for Humanitarian Affairs with the Ministry of Foreign Affairs in Stockholm, Sweden.