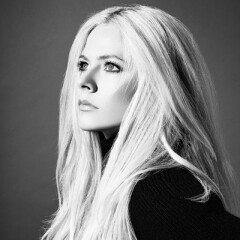 Global superstar & philanthropist Avril Lavigne has made an indelible mark on the music community, selling more than 40 million albums worldwide and more than 50 million singles with five albums bowing in the Top 5 of the Billboard Top 200 and two at #1. Among countless accolades, she has garnered eight GRAMMY Award nominations and taken home eight Juno Awards. The lead single from her most recent album of the same name, “Head Above Water,” reached #1 on iTunes immediately upon release, and chronicles her own personal journey with Lyme Disease.

In 2010, Avril founded The Avril Lavigne Foundation, which supports individuals with Lyme Disease, serious illness or disabilities. Through programs and grants, it provides Lyme prevention resources, funds treatment and accelerates research in order to provide hope and transform lives. Additionally, it provides funding, education and encouragement for its charitable beneficiaries, which in addition to Special Olympics include: Center for Courageous Kids, Easter Seals, LymeLight Foundation, Make-A-Wish, UCLA Mattel Children’s Hospital, Toronto Sick Kids, UNICEF and more. Avril also sits on the Board of Directors for two of the organization’s beneficiary partners – Global Lyme Alliance and Race to Erase MS.

Special Olympics has been a partner of The Avril Lavigne Foundation for many years, most recently collaborating at the World Games in Abu Dhabi, where Avril spent the week as a leader of the #UnifiedGeneration, meeting athletes and advocating on their behalf, as well as performing at the Opening Ceremonies and at a private performance for the Healthy Communities doctors and volunteers.

This marked the second time that Avril participated in the World Games, as she previously wrote the benefit track “Fly” especially for the 2015 World Games & performed it at the Opening Ceremonies in Los Angeles. All proceeds from the track were designated to Special Olympics, as well as proceeds from her 30th Birthday Campaign, which sponsored over 30 participating athletes from around the globe! Post games, Avril hosted 200+ Special Olympics athletes at her shows in 14 countries, and visited with a local Special Olympics program in Shanghai.

As a Global Ambassador, Avril will promote inclusion through support of Special Olympics’ programming in inclusive health and Unified Schools work. Avril and The Avril Lavigne Foundation will also collaborate with Special Olympics’ Healthy Athletes® program to design inclusive health programming that ensures Special Olympics athletes have access to quality health services for Lyme Disease treatment and prevention. Of course, Avril will also continue to champion the rights of people with ID, and through the awareness she raises, open hearts and minds globally.