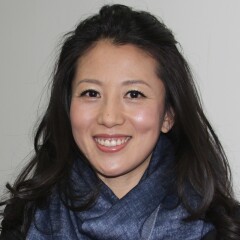 Yang Yang (A) , China’s first-ever Winter Olympics gold medalist, a three-time Olympians and five Olympic medals with two gold, two silver and one bronze. As a winner of 59 world champion titles throughout her 23 years of sports career, she still holds the record of the most world champion titles in China.

After she retired from skating in 2006, she is actively and voluntarily involved in sports organization worldwide. She served as a member of International Olympic Committee from 2010-2018, Council Member of International Skating Union from 2016-2019. And in Nov. 2019, she was elected as the Vice President of World Anti-Doping Agency, the organization serving to protect clean athletes and clean sports. She is the Chairperson of Athlete Commission of 2022 Beijing Olympic Winter Games Organizing Committee, Member of the National Committee of Chinese People Political Consultative Conference, Vice Chairperson of China Youth Federation, and Vice Chairperson of China Young Volunteers Association.

Yang Yang has devoted her time to philanthropy and established Champion Foundation since she retired, which commits to the sports education for children and the Athlete Career Program development in China. She is also the Founder of Feiyang Ice Skating Center in Shanghai to develop winter ice sports.

Yang Yang believes volunteering brings people more closer and makes communities more friendly. She was involved in 2008 Beijing Olympic Game Volunteer department and she established the Olympic Champion Volunteer Service Group during the Games and to encourage the young volunteers to better understand Olympics and to be proud of serving Olympics.