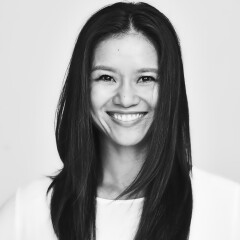 Li Na was born February 26, 1982 in Wuhan, Hubei, China. Growing up, Li Na excelled at playing badminton before being introduced to tennis at the age of 8. She turned pro in 1999 but in 2002 she decided to put her tennis career on hold to study at the Huazhong University of Science and Technology, where she completed her bachelor's degree in journalism. In 2004, Li Na returned to tennis and by the following year she broke into the WTA top 50 for the first time. In 2010, she ascended to the top 10 after winning several high-profile matches against all-time players including Venus Williams, Carolina Wozniacki and Maria Sharapova.

In 2011, Li Na experienced her first major breakthrough with a remarkable win at the French Open. By doing so Li Na made history and her popularity throughout China soared. She became the first Chinese national, male or female, ever to win a tennis Grand Slam title in singles, ensuring her place in the sport's history. January 2014, Li Na defied expectations again with another Grand Slam win at the Australian Open. She is the first Asian Australian Open champion and fourth woman to win the title after being match point down. She was retired on 2014.

Her feats have sparked a major growth in the total population of tennis players in Asia, earning her the reputation as the region's tennis pioneer and trailblazer. As the most decorated Asian tennis player of all time Li has graced the cover of several international publications.