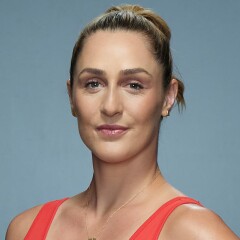 Gabriela (Gaby) Dabrowski, a professional doubles tennis player from Canada, has ranked as high as World No.7 on the WTA and is a 2x mixed doubles Grand Slam champion (2017 Roland Garros and 2019 Australian Open). She holds nine WTA doubles titles, and has competed for her home country in the 2016 Rio Olympics Games.