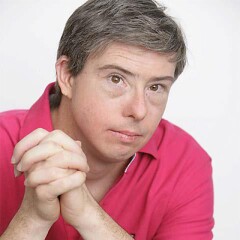 Eddie Barbanell, of Coral Springs, FL, has been involved with Special Olympics for nearly 20 years. From 2006 to 2015, Barbanell served on the Special Olympics International Board of Directors. He currently serves on the Nominating Committee.

As an athlete, Barbanell has had the opportunity to meet new people, make friends, and play competitive sports with opponents where he learned the importance of teamwork. Barbanell competes in volleyball, tennis, bowling, and basketball for his local Special Olympics team in Ft. Lauderdale, the Tamerack Bulldogs.

Barbanell has been acting for almost 20 years, and is a well-established and respected actor. He starred opposite Johnny Knoxville in the 2005 Farrelly Brothers film, The Ringer, and has gone on to further his acting career in the theater and television. Barbanell has studied acting with Jay Lynch of the Opus Theater, Selma Glass at the Coconut Creek Recreation Center and Allan Press of the Youth Theater in BocaRaton. He also starred in an independent film, Any Day Now. In 2010, Eddie appeared in Jackass 3D and Jackass 3.5. In 2011, Barbanell had a guest role as Bradley in the Comedy Central series Workaholics and played the part of "Testiclees' Cousin" in National Lampoon's 301: The Legend of Awesomest Maximus. Barbanell appeared as a guest in the MTV show Ridiculousness in August 2013. In 2014, Barbanell appeared as a nursing home orderly in Dumb and Dumber To.

Barbanell attended Coral Springs High School where he graduated in 1996.